Home to some of the world’s fastest-growing economies and to some of the poorest, the East and Southern Africa region displays remarkably diverse levels of economic growth.

Unfortunately, this growth has not automatically led to a reduction in poverty. Instead, there has been an increase in the number of people living below the poverty line. This is partly because Africa has the largest proportion of young people, many of whom are unemployed, in the world.

Over 65 per cent of the population of the region depends on farming. Yet, in recent years, there has been a decline in agricultural production triggered by drought and climate change.

Fundamental weaknesses in the agricultural sector have prevented a broad-based reduction in rural poverty and inequality, leaving many small farmers trapped in poverty. In particular, these include a lack of secure access to land, credit, and markets, notably for women and young people.

Nevertheless, economies in the region are evolving and opportunities are emerging. Strong investment from remittances and a buoyant private sector, and a growing middle class, provide resources and boost demand.

However, there have been different levels of progress in terms of development, economic growth and sustainable rural transformation. Some more developed markets, such as those of South Africa, have relatively sophisticated supply chains and infrastructure. In others, long distances and isolation pose obstacles that prevent smallholders from accessing markets and urban consumers, and thus from increasing their incomes.

At IFAD, we work closely with governments to develop policy frameworks.

When shaping projects, we choose a variety of strategies tailored to each set of local circumstances. We identify the core problems and provide blended solutions, including better agricultural technologies, finance, empowerment of women and young people, natural resource management and adaptation to climate change.

Working with governments, NGOs, local people and organizations, we help smallholder farmers introduce better farming techniques and crops; and access markets to enhance incomes, food security, and nutrition. We also connect farmers to rural entrepreneurs with access to finance. This helps ensure that growth is inclusive, sustainable and diverse.

The proof: by the end of 2016, 16 of the region’s governments had partnered with us for a total of 42 programmes, and our financing commitment was for over US$2 million.

Agriculture is the largest sector in the East and Southern Africa region, employing 65 per cent of Africa’s labour force and accounting for over 30 per cent of the region's GDP.

Economic growth has done little to reduce hunger in the region: malnutrition levels are only 5 percentage points lower than in 1990. 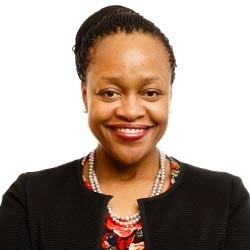 Amidst drought and flooding, Malawian farmers look to diversify their diet

An IFAD-supported project is encouraging Malawian farmers to eat the food they produce - instead of over relying on maize and other food products that they are forced to buy.
Learn More 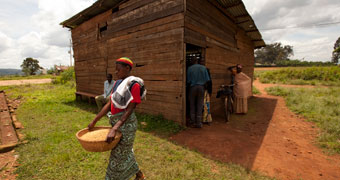 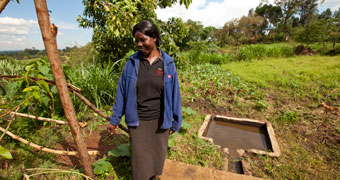 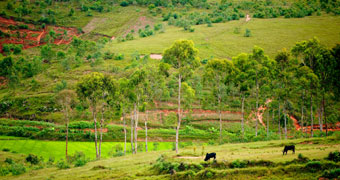 Second round of National Calls for Proposals (Kenya and Uganda): Supporting remittances in times of crisis in Africa

April 2021 - NEWS
The Financing Facility for Remittances of IFAD is pleased to announce the second round of National Calls for Proposals (Kenya, Uganda) 2021: supporting remittances in times of crisis in Africa.

January 2021 - NEWS
A new investment programme is planned to support Sahelian governments through a partnership between the Green Climate Fund (GCF) and IFAD in order to boost climate finance for these rural populations.

April 2021 - NEWS
The African Development Bank and the International Fund for Agricultural Development (IFAD), in partnership with the Forum for Agricultural Research in Africa (FARA) and the CGIAR System Organization, today pledged to work closely with African leaders to address rising hunger on the continent and shore up adequate financing to transform and modernize Africa’s food production.
View More

Strengthening sorghum and millet value chains for food, nutritional and income security in arid and semi‑arid lands of Kenya and United Republic of Tanzania (SOMNI)

November 2020
Sorghum, finger millet and pearl millet are the most important staple foods for most households in the semi-arid tropics of East Africa, as these crops grow in harsh environments where other crops do not grow well.

November 2020
These Climate Risk Analyses assess the potential impacts of climate change on several crops and commodities in Lesotho, Mozambique and Uganda.

Food security in the context of climate change: from knowledge to action

December 2018
Since 2006, IFAD and the European Union have partnered to invest over EUR 230 million in agricultural research programmes carried out through the CGIAR system.
View More