Rome/Bamako, 31 August 2021 – The Ministry of Rural Development of Mali, the three United Nations Rome-based agencies (FAO, IFAD and WFP) and G5 Sahel officially launched a joint programme to help rural people in Mali build their resilience to climate change, conflict and COVID-19 on 26 August in Bamako.

Known as the Joint Programme for the Sahel in Response to the Challenges of COVID-19, Conflict and Climate Change (SD3C G5 Sahel + Senegal), the initiative will unfold in two three-year phases over six years. The objective is to secure the livelihoods of smallholder producers, particularly women and young people living in cross-border areas, by adopting sustainable production practices together with gender transformative approaches that promote social cohesion.

The programme will provide the G5 Sahel countries and Senegal with total financing of US$180.4 million (or more than CFAF 100 billion) from IFAD and the Green Climate Fund to implement SD3C. The programme for Mali will have an estimated cost of US$44.05 million, and will be operationalized by FAO and WFP under the coordination of IFAD’s Inclusive Finance in Agricultural Value Chains Project (INCLUSIF).

Mali is one of the epicentres of the high levels of insecurity and armed conflict afflicting the entire Sahel region over the past 10 years. Poverty is deeply entrenched in rural areas and both farmers and agropastoralists are among the most affected. Mali is also one of the countries considered most vulnerable to climate change.

According to Modibo Kéita, Mali’s Rural Development Minister, who chaired the event, the fact that the SD3C-G5 Sahel + Senegal objectives and the national and regional public policy guidelines are closely aligned shows the intention of Mali’s highest authorities to invest in balanced decentralization that responds effectively to regional and local development needs. He invited all of the implementation actors, particularly the beneficiaries, to make the project’s expected outcomes their own in their respective spheres, and went on to say that each actor is a vital link in achieving results.

“With the engagement of all concerned actors we can achieve the SD3C objectives in Mali, to the great benefit of the vulnerable people who face multiple challenges to their survival”, said Edmond Mounkala, FAO Representative ad interim and UNESCO Representative in Mali, during his speech at the launch on behalf of FAO, IFAD and WFP, the three agencies.

Participating in the launch workshop were the programme’s stakeholders, including development project and programme officers, monitoring and implementation actors, representatives of technical and financial cooperation institutions, civil society, accredited embassies and representatives of United Nations agencies with a presence in Mali.

The joint programme is intended to contribute to implementing the G5 Sahel Strategy for Development and Security in the Sahel (SDS) at the request of the governments of all six countries involved – Burkina Faso, Chad, Mali, Mauritania, Niger and Senegal.

IFAD invests in rural people, empowering them to reduce poverty, increase food security, improve nutrition and strengthen resilience. Since 1978, we have provided US$23.2 billion in grants and low-interest loans to projects that have reached an estimated 518 million people. IFAD is an international financial institution and a United Nations specialized agency based in Rome – the United Nations food and agriculture hub. 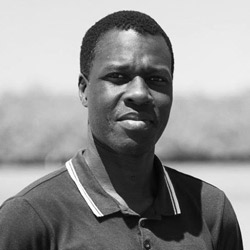