One size doesn’t fit all: How to design a user-friendly climate insurance

One size doesn’t fit all: How to design a user-friendly climate insurance 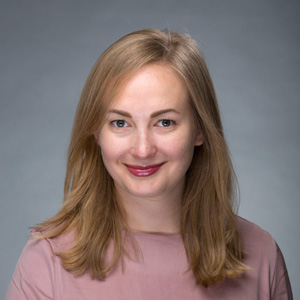 Worries were zizzing over their heads as Andrew, Betty and Charles, all small-scale farmers from Mbale, watched their food crops sink into mud. The harvest, if any, will be scanty - if the flooding doesn’t kill the plants outright, it will suffocate their roots, stunting their growth and performance. All the money, time and work spent on the seeds and sowing has been washed down the drain too.

As our climate is changing, wet and dry seasons in tropical countries are getting stronger and longer, making the disasters, like the recent floods, a regular occurrence.

Weather index insurance can protect and support smallholder farmers from climate-related disasters, providing them with means to buy food when harvest fails and with confidence to invest. However, while offering weather index insurance to low-income smallholders makes sense in principle, the results leave much to be desired. For one thing, only those who are relatively wealthy end up being insured.

For instance, Betty, who only recently moved to Mbale, doesn’t own her land and only grows coffee, can’t afford the same insurance as Andrew, a well-off farmer who owns and rents several plots of land, farms different crops and has cows, chicken and goats. Another farmer, Charles, also owns his land, his farm is smaller than Andrew’s, but unlike Betty, he combines coffee with cassava, bananas and ground nuts. He is also a member of several savings and loans associations and social clubs. At the same time, Charles doesn’t want to spend as much on his insurance as Andrew because he also works at a nearby soap factory.

So, how to make a climate insurance product that works for all three farmers?

Service design can help us capture people’s needs, motivations and behaviours and then translate this complexity into concrete solutions. It has already been successfully applied in public policy in Europe and North America,  but hasn’t yet gained traction in international development. So, researchers from the Stockholm Environment Institute (SEI) made a toolkit specifically with development interventions in mind.

Using this toolkit in Mbale, SEI researchers created maps of how farmers interact with people around them and how they are affected by different conditions. Gradually, the researchers identified three main farmer archetypes (Andrew, Charles and Betty) which differed in their capacity to respond to risks (strong, moderate and weak).

Using this insight, the researchers co-designed with farmers a flexible and responsive insurance product, tailored to the needs and capacities of the intended users. So, for instance, farmers like Andrew were offered full coverage insurance.

Farmers like Betty, who are the most vulnerable and poor, would be offered a cheap insurance against starvation and a savings plan designed to give pay-outs at strategic times of the annual cycle. Additionally, farmers like Betty would be also invited to community activities so they can strengthen their social networks, a decisive factor when it comes to resilience.

Finally, farmers like Charles would be offered an option that would cover what they spent on seeds, fertilizers and pesticides. This option would also offer a saving plan and a pay-out at certain times of the year to provide a shield from starvation.

Later, field experiments and stakeholder consultations demonstrated that the proposed solutions were highly relevant, and now the research findings have been used to inform the design of a future climate insurance for smallholder farmers which will soon be trialed nationwide in Uganda.

SEI research on service design and other solutions for climate adaptation and risk management will be presented during a learning event at IFAD on 23 January 2020. The event is facilitated by the Swedish International Agriculture Network Initiative (SIANI), a network-based communications platform dedicated to food security and agricultural development.

Learn more about the SEI Initiative on Behaviour and Choice.

Ekaterina Bessonova is a Communications Officer at SEI and leads digital communications of the SIANI platform.