Back to Knowledge Library

The Agricultural Value Chains Support Project (PAFA) aimed to improve the livelihoods of smallholder farmers in Senegal’s Groundnut Basin. Implemented between 2010 and 2016, the project took a comprehensive approach to diversifying agricultural production and improving market access at the local level by developing and structuring value chains, and ensuring that farmers had access to finance. Working through local producer organizations, the project targeted more than 16, 000 households with a specific focus on vulnerable smallholder farmers, women and underemployed youth.

An impact assessment of PAFA, conducted in 2018, focused on the subcomponent of the project through which farmers received agricultural inputs and technical support, and producer organizations received subsidies that were progressively reduced over three years. The aim was to foster financial sustainability of the producer organizations. Additionally, producer organizations and market operators signed contracts that regulated the supply of products to the market and the prices that farmers could expect for them. A mixed-methods approach was used to determine the impact and household-level data were collected from 2 233 rural households.

An impact estimate is calculated as the difference in mean outcomes between the treatment groups (project participants) and the comparison group (non-participants).

PAFA helped small farmers to diversify away from the groundnut production that had traditionally dominated the region. This was achieved by supporting farmers to adopt and produce other crops, and by increasing the commercialization of crops that had previously  been grown mainly for domestic consumption. Results include:

The evidence from the impact assessment generated a number of lessons that can inform future project design as well as country strategies and policies: 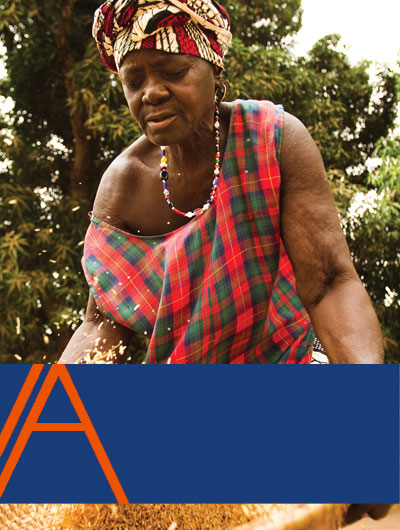