The International Land Coalition (ILC) is a global alliance of over 260 civil society and intergovernmental organizations in 78 countries. Through the Coalition, members work towards one goal; bringing about people centred land governance.

The aim is to place the people who live on and from the land at the centre of decision-making, including about their food systems. This includes women, men, young people, and indigenous communities of both current and future generations.

The ILC has been hosted by IFAD since it was founded in 1995. It continues to emphasize that access to land and natural resources is fundamental to IFAD’s efforts to reduce poverty, increase food and nutrition security, and strengthen resilience in rural areas.

Over the past decades, the ILC has engaged with complex and rapidly changing realities by providing a space where civil society and intergovernmental organizations can come together. It is a space for constructive dialogue, where members meet on equal terms. Members can challenge and learn from one another in determining their transformative visions for land governance.

In the first triennium of ILC’s 2016-2021 Strategy, ILC has emerged not only as a network of members but a network of platforms in action, each with their own strategy, membership, governance and facilitator. In 29 countries, ILC members come together in National Engagement Strategies (NES), while 34 Commitment-Based Initiative (CBI) platforms enable members to learn from each other and to advocate on a particular common theme. During this triennium, NES platforms connected 213 organisations, including 145 ILC members, and CBI platforms connected 493 organisations.

Member-led platforms are building trust with government agencies and contributing to building democracy from the bottom up. Thanks to these collaborate efforts, 16 policies and laws in 11 countries have been changed for the better, and 44 practices in 22 countries in how policies or laws are implemented by government agencies and private companies have been improved.

At the global level, ILC has contributed to the widespread recognition that land rights are central to development agendas. For example, on the willingness of governments to set global targets on land governance in the Sustainable Development Goals (SDGs). In addition, it has raised the bar for standards of good practice in land governance.

The ILC organises its work and governance through an Assembly of Members, a Coalition Council, Regional Platforms and a Global Support Team. 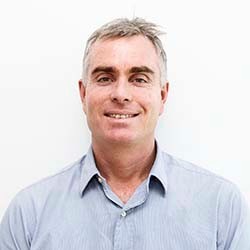