Upholding the highest standards of conduct

IFAD upholds the highest standards of ethical behaviour, integrity, transparency and respect. Guided by a stringent code of conduct and deeply engrained core values, IFAD strives to maintain an impeccable reputation and create, day in and day out, a working environment that ensures well-being for its staff and respect for work-life balance.

Mandate of the Ethics Office

The mandate of the Ethics Office is to protect IFAD’s image and reputation and help ensure that the highest ethical standards are promoted and maintained throughout the organization. Since it was established in 2011, the Ethics Office has sought to build a common understanding of IFAD’s values and of what behaviours are expected from staff, non-staff and partners in the IFAD environment.

The Ethics Office is independent of any official, department, office, or other organizational entity and reports administratively to the Vice-President. Its independence ensures its ability to provide objective feedback to management and to ensure the confidentiality of interactions with staff.

The Ethics Office manages the ethics education programme and provides training and awareness-raising sessions on IFAD's Code of Conduct and harassment, with a special focus on sexual harassment, sexual exploitation and abuse.

Prevention is key to ensuring that staff, individuals on contract with IFAD and implementing partners understand and abide by IFAD's high ethical standards.

The Ethics Office champions and oversees the ethics and compliance function. It provides guidance to ensure IFAD rules, policies, procedures and practices reflect the ethical standards called for by the organization.

It also advises managers and staff on actions that may constitute a violation of IFAD’s Code of Conduct and core values of respect, integrity, professionalism and focus on results. The Ethics Office reviews allegations of misconduct and where warranted, refers cases for investigation to the Office of Audit and Oversight.

The Ethics Office oversees the assessment of organizational risk for misconduct and noncompliance to IFAD’s code of conduct and core values and contributes to the corporate enterprise risk framework.

Dealing promptly and confidentially with allegations of misconduct and providing guidance on how to prevent unethical behaviour in the workplace, are at the heart of the Ethics Office's mandate.

Every year, IFAD staff must declare their renewed commitment to the Code of conduct, which provides guidance, among other things, on how to avoid conflict of interests.

In addition, the Ethics Office manages a comprehensive Financial Disclosure programme and ensures staff fulfill this obligation on a yearly basis.

IFAD has no tolerance for acts of sexual harassment or sexual exploitation and abuse.

In 2018, it published its Policy to preventing and responding to sexual harassment, sexual exploitation and abuse. The policy applies to all IFAD staff, independent of their location, grade, type or duration of appointment, including staff members on loan and all individuals hired by IFAD under a non-staff contract such as consultants and interns. The policy also applies to borrowers and recipients of IFAD funding, as well as third parties contracted using IFAD’s funding such as consultants, contractors and vendors.

The Guide gives an overview of the policies, mechanisms and obligations in relation to sexual harassment, sexual exploitation and abuse that directly concern staff, consultants and partners of IFAD-funded operations and activities. It also provides important information about how they must act to prevent and report on allegations of sexual harassment, sexual exploitation and abuse.

Please include information about how you can be reached for further details or clarifications. 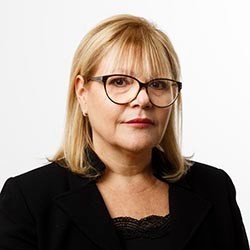 IFAD policy to preventing and responding to sexual harassment, sexual exploitation and abuse - A Guide for Borrowers/Recipients of IFAD funding Type: Policy, Policies and Strategies

Guidelines to Prevent Harassment, Sexual Harassment and Discrimination at Events Hosted or Organized by IFAD Type: Guidelines, Policies and Strategies

Sexual exploitation and abuse: there is no excuse! Type: Guidelines

Code of Conduct for Project Parties

Status and Updates on IFAD's Approach to Address the United Nations Strategy to Prevent and Respond to Sexual Harassment, Sexual Exploitation and Abuse: